Saskia Jorda presents a collection of illogical and fanciful maps constructed of felt and embroidery in the Modified Arts exhibition, Cartograms of Memory: New Work by Saskia Jorda. Each artwork serves as an exploratory map of the artist’s experience of migration and physical displacement between different continents, countries, states and cities. The exhibition is of relevance in this time of displacement due to economic and political concerns and in its references to the ongoing migratory patterns across the country and particularly Arizona’s own in-flux and out-flux of diverse populations.

Saskia Jorda, born and raised in Caracas, Venezuela, moved to the United States with her family in 1994. She is an interdisciplinary artist working on site-specific installations, drawings and performances. Scientific research has been a departure point for Jorda’s work since the time of her undergraduate studies at Arizona State University. This relationship developed further in the work she did for her Master’s degree at the School of Visual Arts in New York City. Since then, her work has referenced obscure anatomy, the evolution of a second skin, and the body as an alternate artifact. Saskia has been a resident artist and the Director of the Taliesin Artist Residency Program at Taliesin, the Frank Lloyd Wright School of Architecture, since 2005. She has exhibited nationally in Arizona, Georgia, North Carolina, Missouri, Texas, Maryland, Florida, Wisconsin, and New York, and internationally in Belgium, New Zealand, Switzerland, Mexico, and most recently in the Dominican Republic. She lives and works in Arizona.

Artist Event with Saskia Jorda: On Saturday, December 4th at 3pm, join Saskia for a casual afternoon of stitching and conversation. 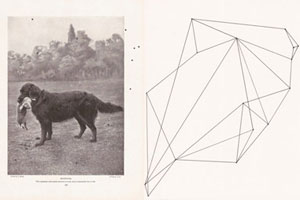 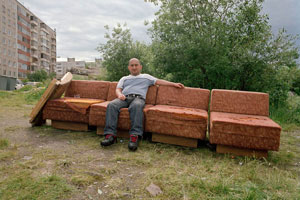