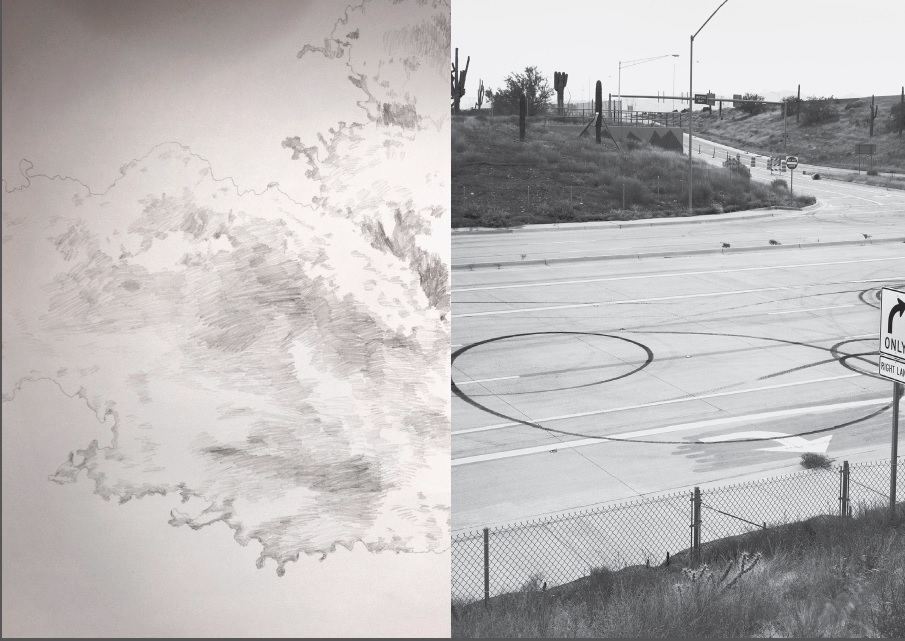 As summer crests, we wonder, what impression does the desert landscape leave on artist, young and veteran? Its strange mystery beckons artists across media; and with that spirit, Modified Arts is proud to present the sketches of longtime gallery favorite Karolina Sussland, and rising photographer Ryan “Buzzy” Sullivan.

Karolina Sussland makes her long-awaited return to the gallery with a new series of large, vivid, minimally-colored sketches, detailing her family’s long view of Arizona, as seen through Arizona Highways photos, leading to their emigration to the US. While the artist’s impressions of the state and its landscape are at this point decades-in-development, for this series Sussland chose instead to use fantasy to guide her work. Utilizing the stereotypically-fantastical “interference-gold” as her color palate’s base, with Google-sourced images for “cloud” as source material along with what she calls “supersaturated” historical desert images from the aforementioned Arizona Highways, the artist gives the viewer the utopian ideal of the desert environment. Sussland has shown across Phoenix at The Icehouse, Eric Fischl Gallery, Bentley Projects, and as a former member of eye lounge.

Ryan “Buzzy” Sullivan‘s “Old Horizons” then point to the urban fringe–where the human touch remains in otherwise desolate desert spaces built out, but not yet overrun by activity. His work strongly references the psychological shaping photography does to viewers, especially within the desert. The series title illustrates that these places were once the frontier, but now are actively shaped by human hands. Though the desert seeps through, they are still distinctly human, leaving the viewer to sort through and imagine what could have been without that impact. Sullivan is currently pursuing an MFA in photography at Arizona State University and has shown at Hoffman Gallery and the University of Portland in Portland, Art Intersection and Night Gallery in Phoenix, and as part of the Pingyao International Photography Festival in China alongside Mark Klett.

Together, the gallery aims to juxtapose the idealism and human abstraction of the Sonoran Desert. Neither is fully the truth; the viewer then must meld Sullivan and Sussland’s works to produce what might be the more “honest” portrayal of Arizona’s desert. 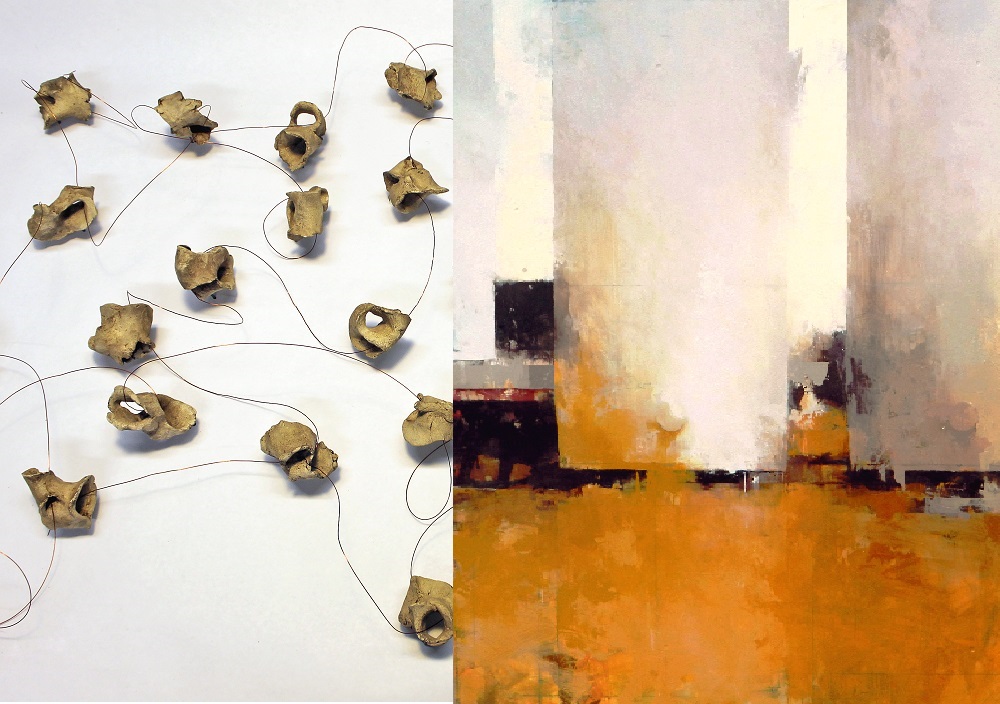 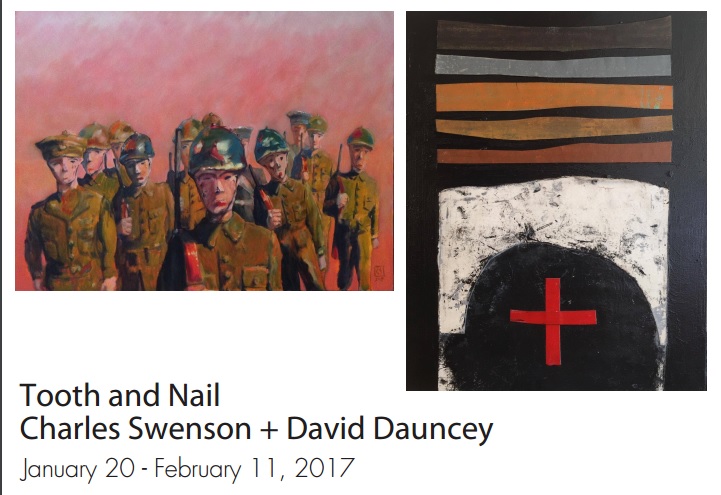 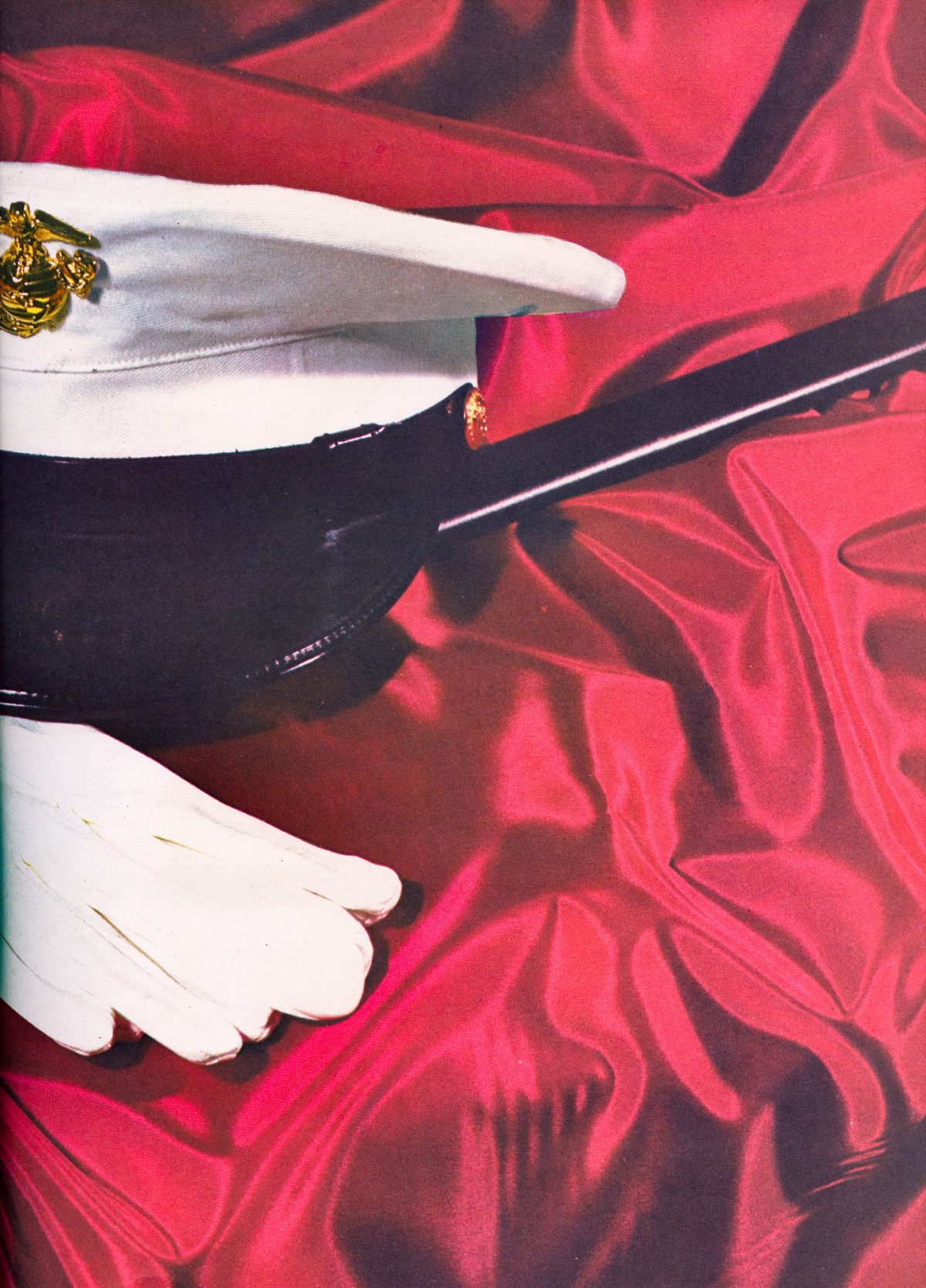